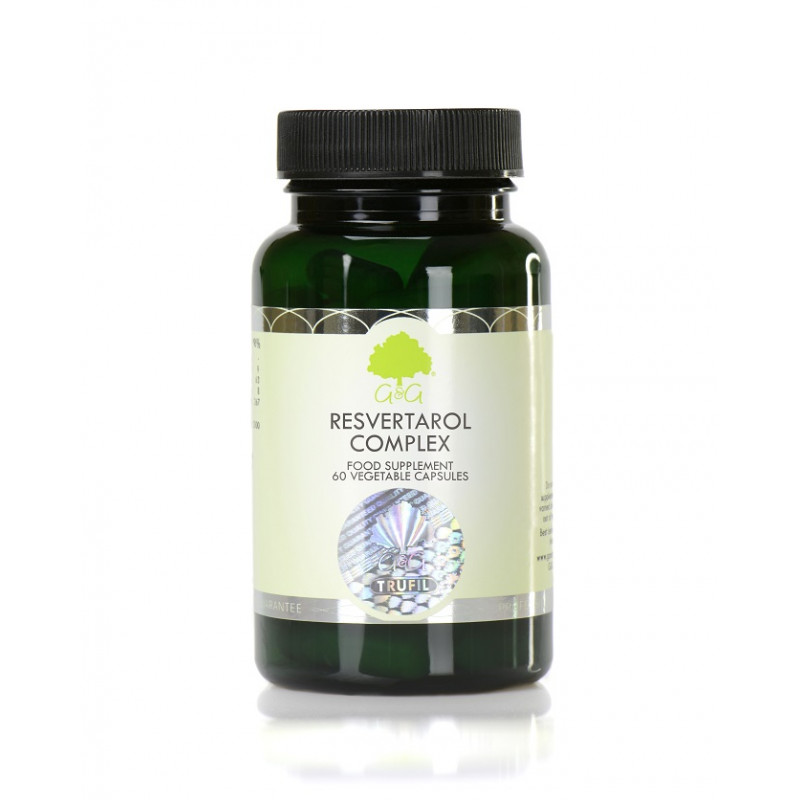 Resveratrol is unique among antioxidants. He has a lot of advantages. This stuff is the real fountain of youth.

Directions: Take 1-2 capsules daily or as directed by a healthcare Professional. allergens: this product contains no allergens

Resveratrol is a type of polyphenol. There are two types in nature, cis- and trans-. The trans-resveratrol, rather than cis-streoisomer is the active form we have used which comes from japanese knotweed (Polygonum cuspidatim). Resveratrol is typically assosiated with red grapes. However knotweed has the richest, most available source of resveratrol.
Resveratrol’s effects against aging may be similar to the effects of calorie restriction and be due to the increase expression of the enzyme sirtuin.
These are NAD+ dependant enzymes, used in the prevention of age-related disorders.
Resveratrol assists with the prevention of neurodegenerative disorders. It stabilises levels of beta-amyloid peptide, ultimately reducing oxidative stress and neuroinflammation. These properties enable a good level of support against Alzheimer’s disease.
Resveratrol is an antioxidant that has the ability to protect against damage to DNA and the mitochondria.
It has been studied for its anti-mutigenic and antitumour and its metastasis slowing abilities.
It is thought that resveratrol is even stronger than NSAIDs as an anti-inflammatory, and has none of the side effects. It does this by inhibition of interleukin 8, NFkB and COX.
Resveratrol has been found to increase insulin sensitivity and decrease IGF-1. Therefore resveratrol is a useful tool in the treatment of diabetes.
The utilisation of both resveratrol and quercetin has shown tremendous benefits including support against certain cancer.
One study showed that, on their own, they didn’t have an effect on weight. Together however,
they significantly reduced adipose tissue weight.
EGCG (epigallocatechin-gallate) is a constituent of green tea which has been found to have anti-tumour properties.
REPORTED HEALTH BENEFITS
Ingredients in Resveratrol Complex have a number of reported health benefits.