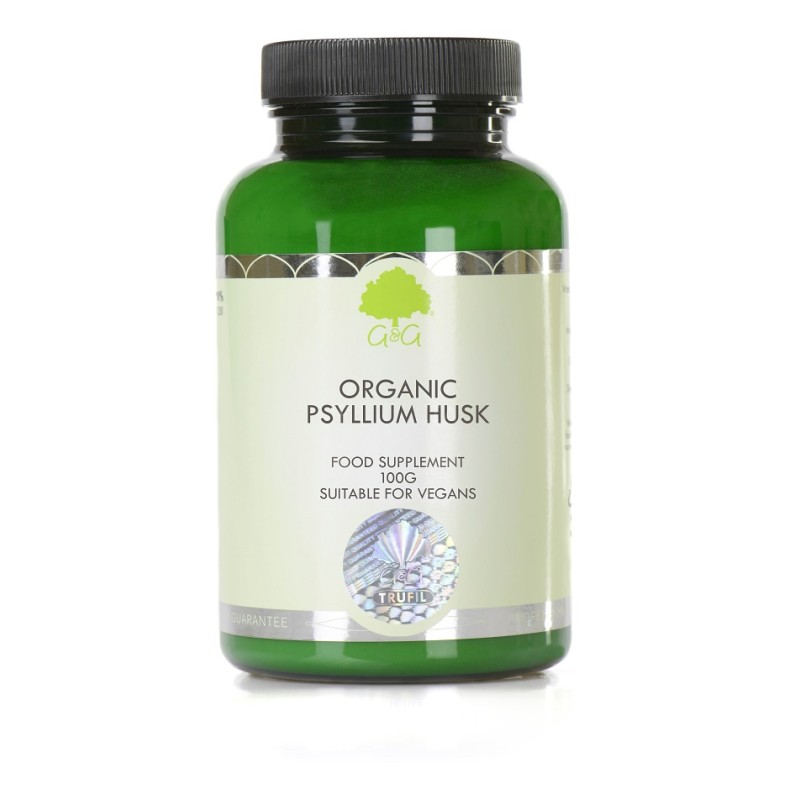 Directions: Mix 1 tsp in 250ml of water 1-3 times daily or as directed by a a healthcare professional.

Psyllium Husk is an excellent source of fibre. As psyllium is soluble, it is able to pass through the digestive system without being completely broken down or absorbed. Instead, it absorbs water and becomes a viscous compound.

Psyllium Husk is a fibre used primarily as a laxative made of Plantago ovata seeds. It is grown around the world but most commonly in India.

Constipation can occur for many reasons such as stress, dehydration, eating habits and lack of exercise. The soluble portion of psyllium has a bulking effect by soaking up water in the gut creating a soft gelatinous mass for elimination. The insoluble fibre contributes to the bulk and peristalsis of the bowel movement.

Whilst psyllium is known commonly for help in constipation, it is also used often in diarrhoea too as it has a very adaptive effect on bowel movements. This mechanism is less understood, but in the case of diarrhoea, psyllium absorbs water, regulates peristalsis and prolongs a transit. This may be because it blocks calcium ion channels and activates the NO-cGMP pathway which together helps to slow down peristalsis.

It is known that fibre is useful to balance insulin and blood glucose levels. Psyllium acts in the gastrointestinal tract to slow the carbohydrate absorption, reducing insulin release and postprandial glucose levels.

Fibre is also useful for maintaining healthy cholesterol levels. Use of psyllium has been used to keep high levels under control.

Cholesterol is necessary and important for many functions in the body, including hormones. High levels of LDL is generally considered bad whereas HDL is good. Psyllium has been found in some studies to have reduced total Cholesterol and LDL.

The benefits can also be attributed to the bile acid increase which is a primary elimination of blood cholesterol.

Psyllium husk may be useful in weight management as it increases feelings of fullness. It may work by delaying stomach emptying and carbohydrate absorption. Whilst this is a useful tool and some studies have shown positive results, it’s use should be accompanied with a healthy diet and lifestyle.

Types of fibres can act as prebiotics. Prebiotics are required for growth of probiotics and support their colony forming. A strong variety and content of beneficial bacteria contributes towards healthy digestion and an immune system.